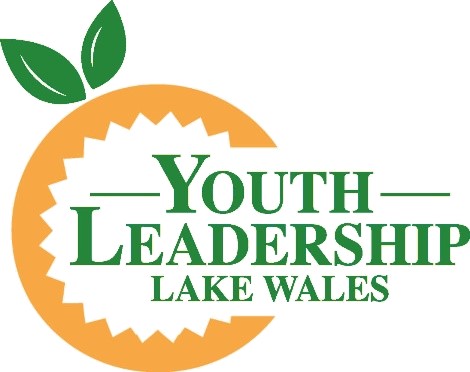 LONGLEAF BUSINESS PARK HAS A NEW NAME AND A BRIGHTER FUTURE

A lot of good things are happening at the major commercial development formerly known as Longleaf Business Park, and all of it bodes well for the Lake Wales-area economy and further economic development here.

Actually, significantly good things have been happening at the park for the past two or three years, but a flurry of activity recently has put the development in the forefront of local business news.

For one thing, the 164-acre park has a new name, Lake Wales Commerce & Technology Park, thanks to a Nov. 15 vote of the Lake Wales City Commission.

Before voting on the resolution proposing the name change, commissioners were provided with a bit of background about Longleaf Business Park, located off U.S. Highway 27, two miles south of Lake Wales, and why a new name for the development might be a good idea.

“Longleaf Business Park was platted in 2001 and the Park has been slow to develop,” commissioners were told in a Nov. 10 memo from City Attorney Albert C. Galloway, Jr. “A purchase of most of the remaining undeveloped lots is taking place and the investor in the property has suggested that a name change would be beneficial for purposes of marketing and developing the property. City staff, as well as the head of the Lake Wales Chamber of Commerce and the Economic Development Council, agree with the investor’s suggestion. The proposed name is Lake Wales Commerce & Technology Park.”

The official proposal to change the park’s name didn’t come overnight. Actually, it was about 18 months in the making. Initial discussions about renaming and rebranding Longleaf Business Park go back to mid-2014. In addition to those of us here at the Lake Wales Area Chamber of Commerce & Economic Development Council, helpful participants in the discussions included Joe Miranda, the longtime park developer; officials with the Lake Wales Community Redevelopment Agency (CRA), the partner with Miranda in the public-private business development venture; representatives of the park’s marketing firm, Coldwell Banker Commercial-Saunders Raulston Dantzler; and managers and staffers with the city of Lake Wales.

The goal with any change was to have to the new park name more accurately reflect the commercial activity going on there, to recruit more like-kind enterprises to the park, and to tie the development more closely to Lake Wales. At the EDC, we think the new park name — Lake Wales Commerce & Technology Park — gets it just right.

In the other very significant park-related development, we’re happy that we can elaborate on the lot purchases City Attorney Galloway referenced in his Nov. 10 memo to commissioners — a pending property deal also mentioned in last month’s EDC column. In mid-November, the Lake Wales CRA closed on the purchase of about 25 acres worth of commercial park lots by Robert W. Richard, president of CRV Development, Inc., of Massachusetts.

Richard paid a little more than $1 million for all the lots combined, providing the CRA with a significant sum of money for future development and redevelopment projects locally and putting the lots on the city’s property tax roll for the first time. As I wrote last month, the property that Richard now owns might be home soon to two new companies engaged in light manufacturing and employing several Lake Wales-area residents.

The new companies that Richard and other helps to bring to Lake Wales Commerce & Technology Park — it’s perfectly suited for light manufacturing and distribution operations — will join several strong and diversified companies already there. Those companies include Kegel, LLC, a manufacturer of bowling lane maintenance equipment and the park’s first tenant; Fiddler’s Ridge Farm & Winery; and Merlin Magic Making, “the creative heart” of Merlin Entertainments Legoland theme parks and other family entertainment centers.

In this season of Thanksgiving, the team at the Lake Wales Area Chamber of Commerce and Economic Development Council are grateful for Richard and all of the investors in the newly named Lake Wales Commerce & Technology Park. With a firm focus on ending 2016 on an economic development high note, we’re grateful for the growing amount of business investment in greater Lake Wales overall.